Three of the four local high school football teams have clinched WIAA playoff spots and will play for seeding this Friday as the regular season comes to an end.

Spencer/Columbus, Stratford, and Auburndale are in the postseason field and will finish out their respective conference seasons Friday.

Marshfield will host first-place Oshkosh North in its season finale. The Tigers will not qualify for the playoffs for the first time since 1995.

Here is a look at the Week 9 matchups: This week’s matchup: Oshkosh North, last year’s VFA South champion, has clinched at least a tie for another conference crown and can wrap up sole possession of the title with a victory against the Tigers. North brings a high powered offense that is led by running back/quarterback Alex Hintze, who is second in the conference with 898 yards rushing. Hintze and Alex Struensee have combined for more than 700 passing yards and 10 touchdowns. Marshfield will close out its season looking for the upset of the ninth-ranked team in Division 2 in the WisSports.net State Coaches Poll. Junior running back Nick Hoheisel has 148 yards on 30 carries over the past two games for the Tigers. This week’s matchup: Osseo-Fairchild relies heavily on quarterback Kyler Hagen, who threw for 368 yards and three touchdowns and ran for 76 yards and two more scores in the loss to Colby. Hagen has thrown for 1,710 yards and 15 touchdowns but has also thrown 14 interceptions to go along with 474 yards rushing and five touchdowns on the ground. The Thunder will earn an automatic playoff spot with a win but could still be considered for a spot if they end up with a 4-4 record in the conference. Spencer/Columbus continues to try to get healthy as leading rusher Mitch Susa has been limited to three carries over the past two games. Osseo-Fairchild won last year’s matchup 45-22 as Hagen passed for 122 yards and ran for 121 more. The Rockets were limited to 38 yards rushing in that game. Game time: 7 p.m. Friday
Site: Auburndale High School
Records: Marathon 4-3, 4-2 Marawood Conference; Auburndale 5-2, 4-2 Marawood Conference.
Last week: Auburndale came up just short of knocking off Stratford, losing 21-20 on the road. Wyatt Weiler hit Matt Nikolay for a 22-yard touchdown pass with 5:29 remaining and decided to go for a two-point conversion and the lead, but the run attempted by Weiler failed. Weiler threw for 167 yards and ran for 78 in the loss. Nikolay finished with 11 catches for 109 yards and the touchdown. Weiler added a 13-yard touchdown run and a 41-yard touchdown pass to Tyler Weber. Marathon shut out Chequamegon 21-0 to clinch a WIAA playoff spot.

This week’s matchup: Auburndale will guarantee at least a tie for second place in the Marawood Conference with a victory. The Apaches, making their third consecutive playoff appearance, will continue to rely on the playmaking of Weiler, who has rushed for nine touchdowns and thrown for four more this season. Marathon running back Ethan Seubert has gained more than 700 yards on the ground, leading the Marawood in rushing. 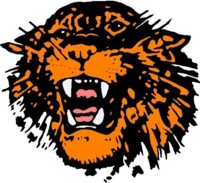 This week’s matchup: Krall, who had just 13 carries for 81 yards entering last week’s game, doubled his rushing output for the season and gave the Tigers a boost. Stratford is averaging less than 4 yards a carry overall but now has four competent running backs in its stable. Pittsville relies on running back Nathan Dupee for most of its offense. The Panthers have thrown for just 328 yards in six games. Dupee is second in the Marawood in rushing with 581 yards.